The fourth quarter of 2016 is here which means ecommerce stores are preparing for the most wonderful time of the year – holiday shopping. Budgets are being prepared, ad spend is increasing and this year more than ever, businesses will turn to Facebook Ads in an attempt to reel in sales.

During the fourth quarter of 2015, Facebook’s revenue from advertising grew $1.34 billion, or 31.1%, versus Q3 2015, representing a seasonal lift in advertising demand as stores attempt to corral holiday shopping dollars.

In total, and as a testament to the growing popularity of Facebook advertising, the social media giant raked in $5.63 billion in revenue from advertisements during October, November and December of 2015, representing impressive year-over-year growth of 56.8% versus Q4 2014’s $3.59 billion of advertising revenue. Facebook reported that mobile advertising revenue comprised 80% of total revenue for the fourth quarter of 2015.

Three million businesses actively advertise on Facebook, and there are over 50 million business Pages using the channel. Based on historical user growth and increasing levels of spend, Facebook is poised to generate strong revenue this holiday season from advertisements, but are advertisers generating a level of return that warrants their continued growth in spend?

Summary of Our Research

Glew analyzed the return on ad spend for ecommerce companies that spent at least $5,000 on Facebook Ads in 2015. Using our ecommerce analytics application, we applied a Last Click-First Order Attribution model to calculate conversions and the subsequent return on ad spend. Unlike Facebook, Glew’s attribution model does not give credit for view through conversions.  The results were unsettling. Only 24.2% of companies turned a profit from Facebook advertisements, while a whopping 75.8% lost money on Facebook Ads.

Glew uses Last Click-First Order attribution to determine where to credit the channel. When a customer makes an initial order, the model places credit with the channel that was the Last Click and then attributes any future sales back to that channel. This model allows for a Lifetime Value view of channel performance. It’s also a direct way to identify channels bringing in new customers.

The default attribution model that Google Analytics uses is Last Non-Direct Click. That means that they attribute the sale or conversion to the last channel prior to the sale, excluding direct entry. Because Google Analytics does not tie together customer data, each sale is stand-alone and credit goes to the last touchpoint before a sale.

The few companies that were successful at profitably using Facebook ads saw an average return on ad spend of 123.1%. But companies that lost money on ads ended up with a negative 66.7% return on spend.

Losing Money Without Even Knowing It

Our research made us question why so many companies would continue spending money in a channel with negative returns.  The honest answer: most marketers do not know they are losing money.  Because of the difficulty calculating return on ad spend and because Facebook is deemed credible in the marketing community, many marketers feel confident in Facebook’s return data and don’t undergo the process of validating that information.  In order to understand how this data could be misleading, let’s review Facebook’s conversion model.

Facebook’s attribution model is unique. Facebook Ads will attribute any conversion back to their advertising if an ad has been shown to a user within 24 hours of a sale, or if an ad has been clicked at any time within 28 days of a sale.  Here is an example. This visual represents a customer’s buying path before a $100 conversion. Each of the touchpoints represent an action taken before the sale. Since Facebook Ads was a touchpoint on the conversion path, Facebook would attribute their ad with the conversion.

Attributing Conversions in a Omni-Channel World

Because customers don’t exist in a Facebook-only vacuum, it’s difficult to attribute credit for sales to one channel. This is especially true when we are counting view through conversions as true conversions.  Let’s go through a tricky scenario.  Say you use Facebook Ads for retargeting. Anyone who visits your site is cookied and Facebook will serve ads on their timeline. Of the countless customers who are retargeted on Facebook, all sales from those customers will be attributed back to Facebook Ads – regardless of whether or not they clicked on the ad to purchase.  So did the ad make the difference, or were you simply retargeting customers who were already committed to buying?  If you relied solely on the Facebook Pixel to report on conversions, you would feel confident that your ads were making a difference.  Part of the confusion lies in how Facebook veils their attribution model. This short excerpt from their help center is the most definitive piece of information about conversion calculations we could find on the site:  “Things to keep in mind:

While Facebook addresses several scenarios, they glide over the fact that view through conversions are counted equally to click through conversions, and the 28 day window of time includes all clicks, regardless of where they fall in the conversion path. The click could have happened almost a month ago, and the ad will still get credit.

How does this problem go unnoticed so frequently? Facebook’s ability to keep data in a silo is the result of a 1x1 pixel dropped on every site using Facebook Ads.  Like most paid advertising sources, Facebook employs the use of a tracking pixel in order to calculate conversions. A pixel is a small piece of code placed on a site that sends back data whenever someone takes an action from the pixel’s channel.  Since a tracking pixel is owned and managed by the advertiser, they control the reporting on their own ads. It’s like asking Facebook Ads to grade their own research paper. Chances are a self-graded paper will show a good score.  In September earlier this year, Facebook admitted to overestimating the average time consumers spent watching videos by up to 60% and 80%. For two years this miscalculation of data offered advertisers an inflated idea of video performance.

Sir Martin Sorrell, CEO of WPP released a statement about the incident saying, “We and our competitors want better measurement, not just offline but online too. The answer is not Facebook or Google data, we can’t have the players being the referees. There has to be independence in terms of measurement, that is a critical issue.”

So what are the alternatives? Unfortunately the main alternative is time intensive and requires diligent tagging and tracking in all areas of paid media. As a result, it’s easy to rely on a pixel instead of taking time to track performance across channels outside of Facebook Ads.  To best understand the performance of advertising revenue, marketing teams should eliminate reliance on advertiser provided metrics by using proper UTM tags on all paid links.  When a user clicks on a link that is tagged correctly, their source, medium and campaign are passed up into Google Analytics. Now you have flexibility to change around the attribution model, or slice and dice data in an informative way.  In addition, Google Analytics uses the Last Click attribution model by default. In the Last Click attribution model, the final touch point before the sale would receive 100% credit for the conversion. Many marketers incorrectly assume that this is the attribution model used by Facebook Ads. By taking the additional steps to add in UTM tags, you’re removing your data from a silo and gaining flexibility in the long term.  Steps to Add in UTM Parameters in Facebook Ads: To watch a summary video click here.

How to Be More Conscious About True Facebook Ads Return

1. Use a Second Source to Report

As outlined above, the biggest step is getting data out of Facebook’s internal reporting. This is the paramount step in owning responsibility for your side of advertising. Use a third party reporting tool like Glew or make Google Analytics your second source of data.

However tempting, don’t mix Instagram ads and Facebook ads! Facebook purchased Instagram in 2012 for $1 billion and took several years before opening up the Instagram ad network to all levels of businesses.  Today, you can create Facebook ads and Instagram ads within the same campaign. It’s as easy as checking a box under “Placement” to run ads on both networks. One click and your advertising data will be completely muddy.  Instead, create two duplicate campaigns – one for Facebook and one for Instagram. The only difference lies in the UTM tagging of Source, and the placement of the ads. This will allow you to separate data between the platforms and find a solidified approach to advertising.

In the First Click attribution model, the first touch point receives 100% credit for the conversion. Using the First Click attribution model can be a healthy way to evaluate performance of Facebook advertising. Because it puts credit in the channels that first brought in a customer, you can use it to see if your ads are bringing in new customers or just stacking on-top of other successful marketing strategies like email or display ads.  Google Analytics defaults to Last Click attribution, but you can review data using a different model by logging into Google Analytics and going to Conversions, Attribution, and Model Comparisons.

Running Profitable Ads During the Holidays

As you prepare your Facebook Ads for the holiday season, remember to check performance daily and turn off ads that are burning money by not generating returns.  Let us know in the comments, did our findings surprise you?  Have Facebook Ads been profitable for your online store?

Get started with Glew. 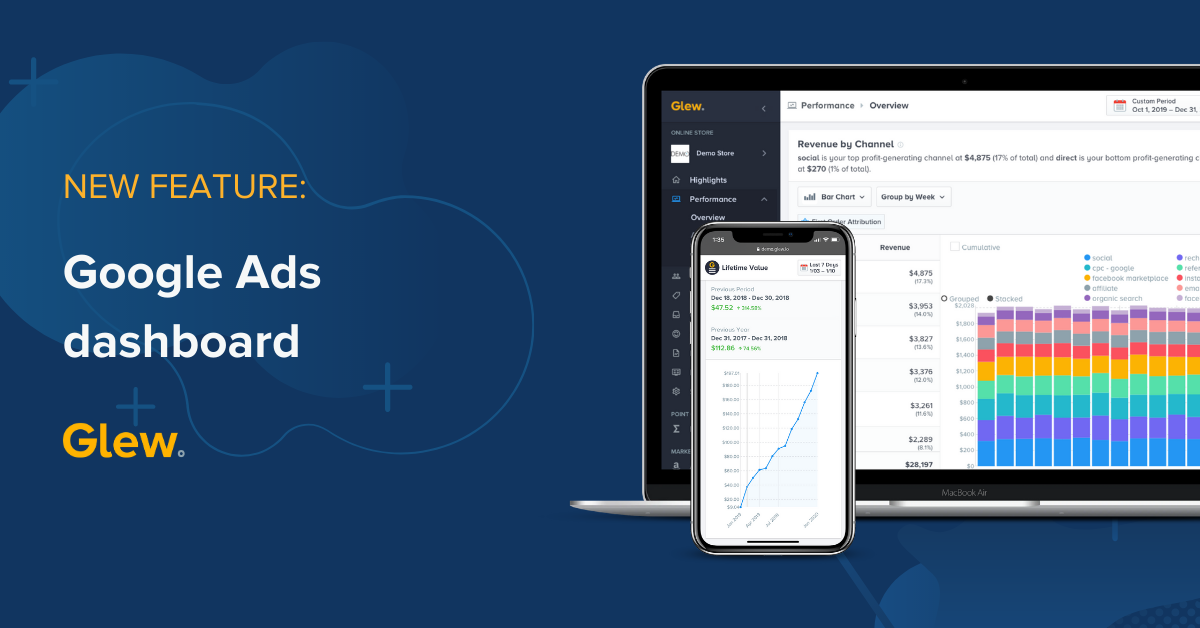 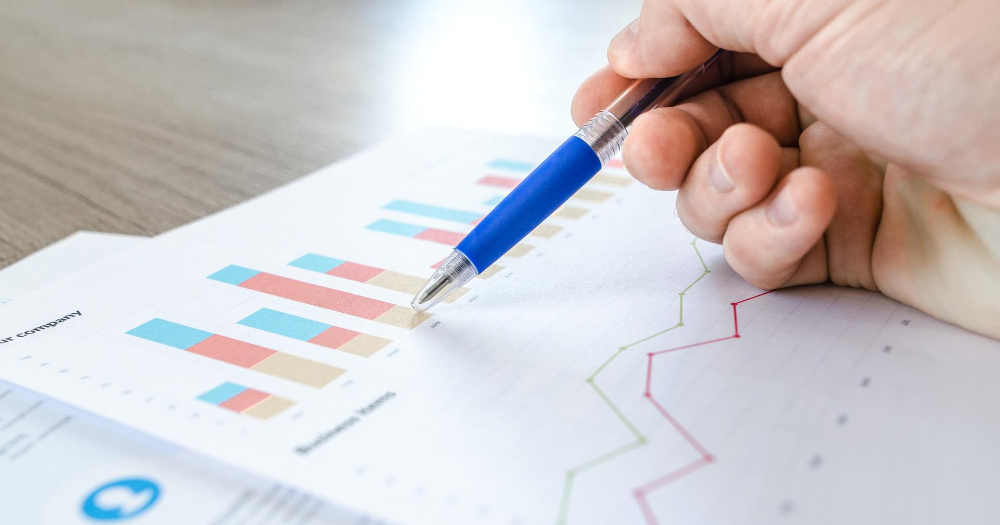 What is Marketing Analytics? A Comprehensive Guide 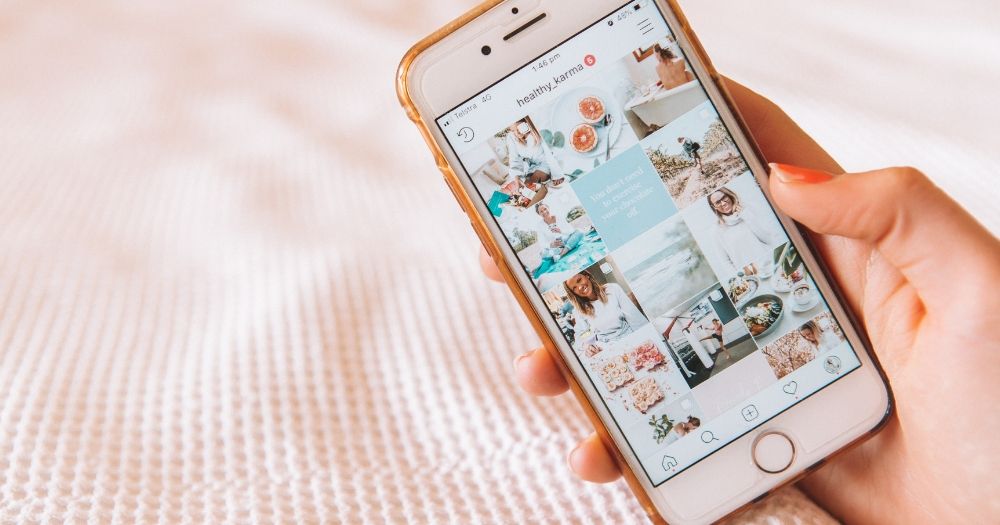 How to Create and Measure an Influencer Marketing Campaign

Get started with Glew.